Today’s heavily hyped press event around Google’s operating system (which is still a year away from launch) would make one think that major new features were about to be announced. However, this is no Google Navigation announcement. MSFT closed down –1.10% for the day and GOOG also closed down –0.63% for the day.

First, the simple question, what is Google’s Chrome O/S? Chrome is a fast, lightweight web browser that does not allow any modification to the base system. Chrome O/S is a dumb terminal. There are no plans for storage built into the system, relying completely on the cloud to store data.

How are they handling the major points I raised in my last post?

All in all, I thought it was a great overview, although not very groundbreaking. Looks like Google will be offering this for free, mainly around netbooks, for launch sometime in Q4 2010. Windows 7 Starter is currently priced around $30, so it remains to be seen what sort of impact these Google Chrome “appliances” will have on this market. Historically, MSFT has dominated Linux in the netbook space, achieving massive market share even while charging for the product. Chrome is getting a lot of hype, but will it topple MSFT? Time will tell…

First off, define “success”… Microsoft Windows is the de facto standard accounting for over 90% of all O/S share. Does Apple’s Mac OS X with ~5% count as success? Linux adoption is even less… Thus, one should realize that the operating system is the platform for devices to be built on, and that platform is quickly changing. As I posted about Microsoft Office earlier this week, the advent of the web as the new platform for application development will change the dynamic for what matters to consumers about an O/S. Google’s success will be determined not by market share, but by how effectively they can change public opinion about operating systems.

I’m interested to see what the Google Chrome O/S launch contains. Hopefully, we’ll enter a new era of competition, which brings new innovations from both camps. After all, Microsoft can claim that if Google is already creating something (and offering it for free) that Microsoft should be able to as well. Look for increased bundling of applications and online services from both companies. Microsoft and Google realize that this game is about the platform, and that platform is increasingly becoming web-based. 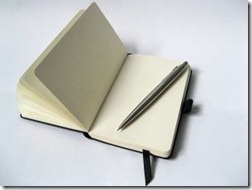 Microsoft Office has been THE standard for document creation in the English speaking business world for at least a decade. The components of Word, Excel, PowerPoint, and Outlook, when paired with an Exchange Server has been the de facto standard in business. Word can manage simple text documents, complete academic papers, and even simple desktop publishing tasks. Excel spreadsheets are used in everything from accounting to basic databases, to mini-programs when combined with macros. And, who hasn’t heard of “Death by PowerPoint”? Outlook is the preeminent e-mail/calendar/groupware solution that hasn’t had any real competition outside the ever present but lagging Lotus Notes. Microsoft has owned the business content creation market since the early 90s, with no realistic competition. There is a vested interest in Microsoft protecting their profit center around Office, and they won’t go down without a fight…

In 2010, the game is finally going to change. 2009 has been marked with trends around the mobility of business users, and the increasing globalization of companies’ workforces. Thus, the word “cloud” has snuck into IT vocabularies across the nation. In order to service mobile users, data and documents need to be accessible anywhere. Various startups (Zoho, Writely (acquired by Google), and others) have been touting this concept for years, under “collaborative document editing”. Realistically, all this means is that the latest version of the document is stored in the “cloud” and multiple users can access it and edit it either online, or offline (and upload the changes later).

The battle will unfold with new innovations from Microsoft and Google. Microsoft’s Office 2010 is introducing a number of significant changes to their business model, as follows:

Google, the upstart competitor in this battle, has been adding features to their Apps offering to really compete in this space. Here’s their approach:

So, where does this lead? Microsoft Office is the obvious incumbent, with great new features coming. Google Apps is getting stronger everyday, but is clearly lacking (and will continue to lack features). Either way, this will be a great year for document creation, making it easier for consumers and businesses to share and collaborate on documents. I, for one, am excited to see the results…

First, some links for background as to what’s going on in the industry:

Solid-state technology is far superior to traditional hard drives in random access time, sequential and random writes and reads, and vibration resistance. As of today, there are still two major factors that are holding solid-state back from widespread adoption, cost and reliability.

Hard Disk Drives (HDDs) have been the mainstays of computer-based long-term storage since the personal computer was invented. They have followed a similar path to Moore’s Law on the CPU side, where roughly every 18-24 months, hard drive capacity would double, which would in turn cause prices to collapse. This was driven by an insatiable demand by consumers and enterprises alike to be able to store more and more data. But how long is that sustainable? When do customers start to say “I don’t need any more storage”? Now, I fully realize that Bill Gates also said “640k ought to be enough for anybody” back in 1981, and we see the obvious fallacy there. However, I think the main point is not how much storage each individual person needs, but where do they need it?

I believe that consumers and enterprises will both continue to need increased storage (storing endless amounts of pictures, videos, music, etc) but I think that users will start to migrate towards a more “online” approach.

Thus, there is an intersection for solid-state drives where consumers and enterprises have “enough” space for short-term storage, and then they will look to online, or archival (probably through very large hard drives) methods for long-term storage. We haven’t hit the point where SSD technology is cheap enough for this to really make sense.

On the consumer front, I believe that most users will be able to get by on a 128GB SSD. When this drive hits $150, it will gain widespread (>20%) market share within two quarters.

On the enterprise front, I think reliability is still the key issue, as cost to performance ratio is already at parity with equivalent SAS/FC solutions. I recently visited Oracle OpenWorld up in San Francisco, and every major vendor had an offering utilizing solid-state technology. At this point, it’s still new technology, wear-leveling, crash tolerance and a method of measuring risk are still brand new.

2010 will be the true rise of solid-state in the industry, with 2011 seeing most desktop, notebook and enterprise systems incorporating solid-state in some way. The hard drive manufacturers already know this, note WD’s purchase of SiliconSystems and Seagate’s plans around Solid-State.

Disclaimer: I already have a 128GB Crucial SSD in my Windows 7 notebook and it SCREAMS

Earlier last week, Google made an announcement that rocked the GPS market (namely Garmin and TomTom). The odd thing about this, is that one announcement from Google gets all the press, the web, and the tech market in general, talking about personal navigation and how this is a “game-changing technology.”

In fact, Google’s announcement really isn’t anything revolutionary. GPS technology has been present in mobile phones for over two years, and the introduction of Google Maps goes back to 2005 (and MapQuest before that started in 1996). The fact that investors either didn’t see this coming, or weren’t taking it into account on the stock price is amazing to me. Turn-by-turn navigation technology is already provided today, streaming to any Windows Mobile based phone with GPS technology built in. The only difference is that Microsoft isn’t marketing it very well. Microsoft has taken a back seat this year when it comes to marketing, allowing the products to speak for themselves. Bing for mobile is, although not as polished as the upcoming Google offering, a great tool for finding information on the road. It has built in voice recognition, turn-by-turn directions, satellite view, etc.

In essence, Bing mobile has today EVERY major feature mentioned in the Google announcement, yet the product has made almost no noise in the industry. Microsoft needs to get back to letting the industry know that they are offering leading technology products, and continue to innovate.

That said, Bing mobile still has some room for improvement. Here’s 3 things that would help this product succeed: